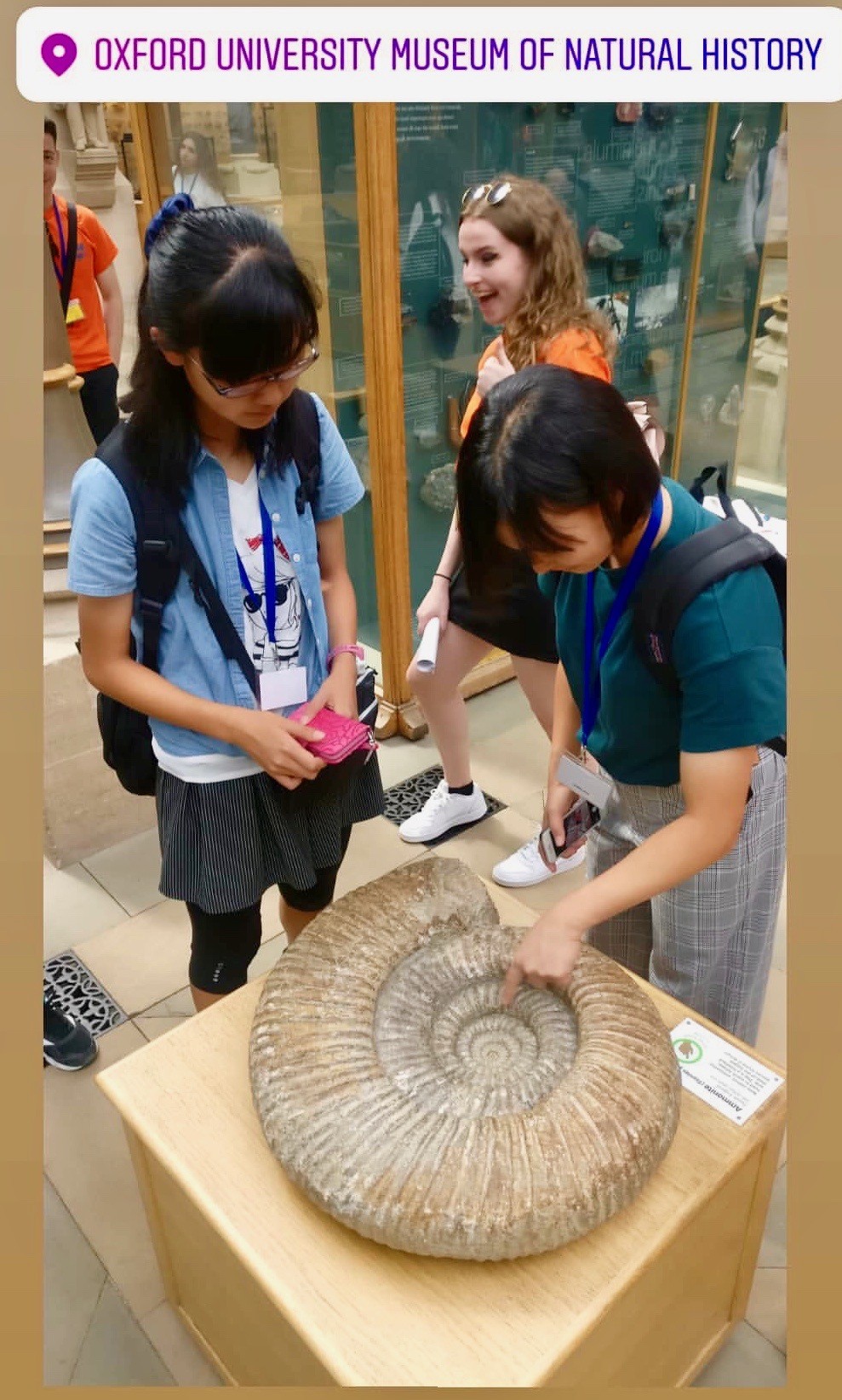 Up close with natural history

Some Reach students staying in Cam Went to Oxford today in a van* They took in the sights Museums and delights Those cultured young students from Cam! *very nice coach!

Today in the second excursion of the weekend, the Reach Cambridge team visited the beautiful and historic university town of Oxford. After an early start, we arrived in Oxford and headed straight to the Museum of Natural History – a wonderful Neo-Gothic building containing some of the UK’s most important natural history collections. The students were greeted by exhibits including geological formations dating back billions of years, the preserved skeletons of now-extinct species of animals (including the dinosaurs Tyrannosaurus Rex and Triceratops), and displays charting back the history of evolution on Earth. As well as the rather less animated collections, the museum also boasted several very-much-alive features, including a bee colony which allowed students to watch the internal processes of a hive, and even a gigantic tarantula that was housed (thankfully) behind several layers of glass… Adjoining the Natural History section of the museum, the Pitt-Rivers collections contained thousands of objects and artefacts that aim to demonstrate the variety within world cultures and approaches to life across the planet. Tools, clothing, instruments and art from every era of human evolution provided a fascinating opportunity to reflect on the ingenuity and artistry of a wide range of different peoples and eras, with some of the most intriguing artefacts including an Egyptian sarcophagus and mummy, Inuit clothing from North America, and South American shrunken heads. 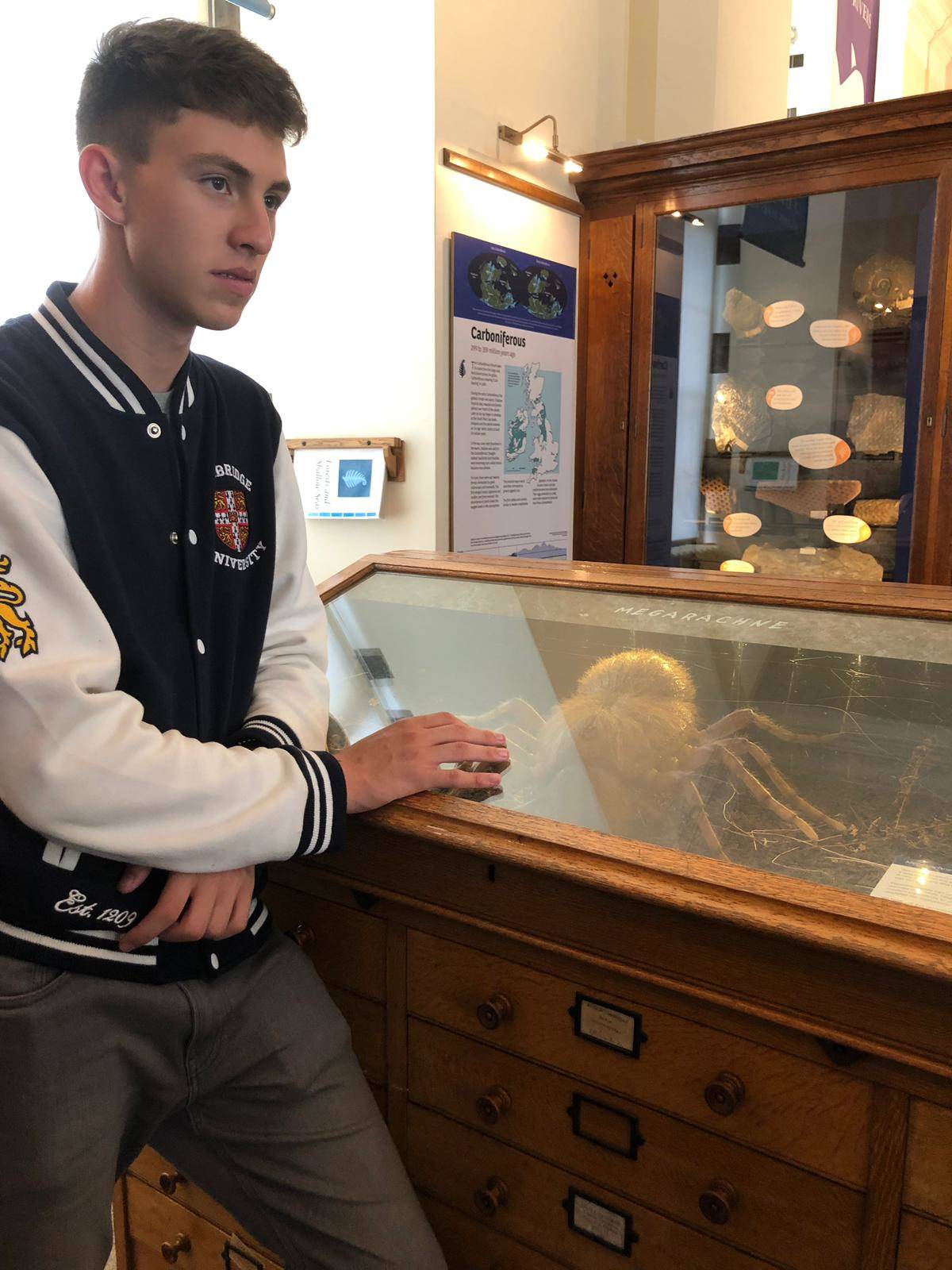 The tarantula safely behind glass (also, spot the Cambridge merchandise!)

After leaving the museum we headed into the centre of the city, where the students then had time to explore, find lunch and enjoy the beautiful surroundings of the University itself. The students had the opportunity to visit some of the most famous sites, such as the Radcliffe Camera, the Bodlean Library and the Sheldonian Theatre, as well as wander round the various colleges that pepper the centre. Some students took in a walk along the section of the Thames (called The Isis where it passes through Oxford), and others indulged in some welcome retail therapy before we headed back to our Cambridge base for evening activities of Nintendo Switch and board games. 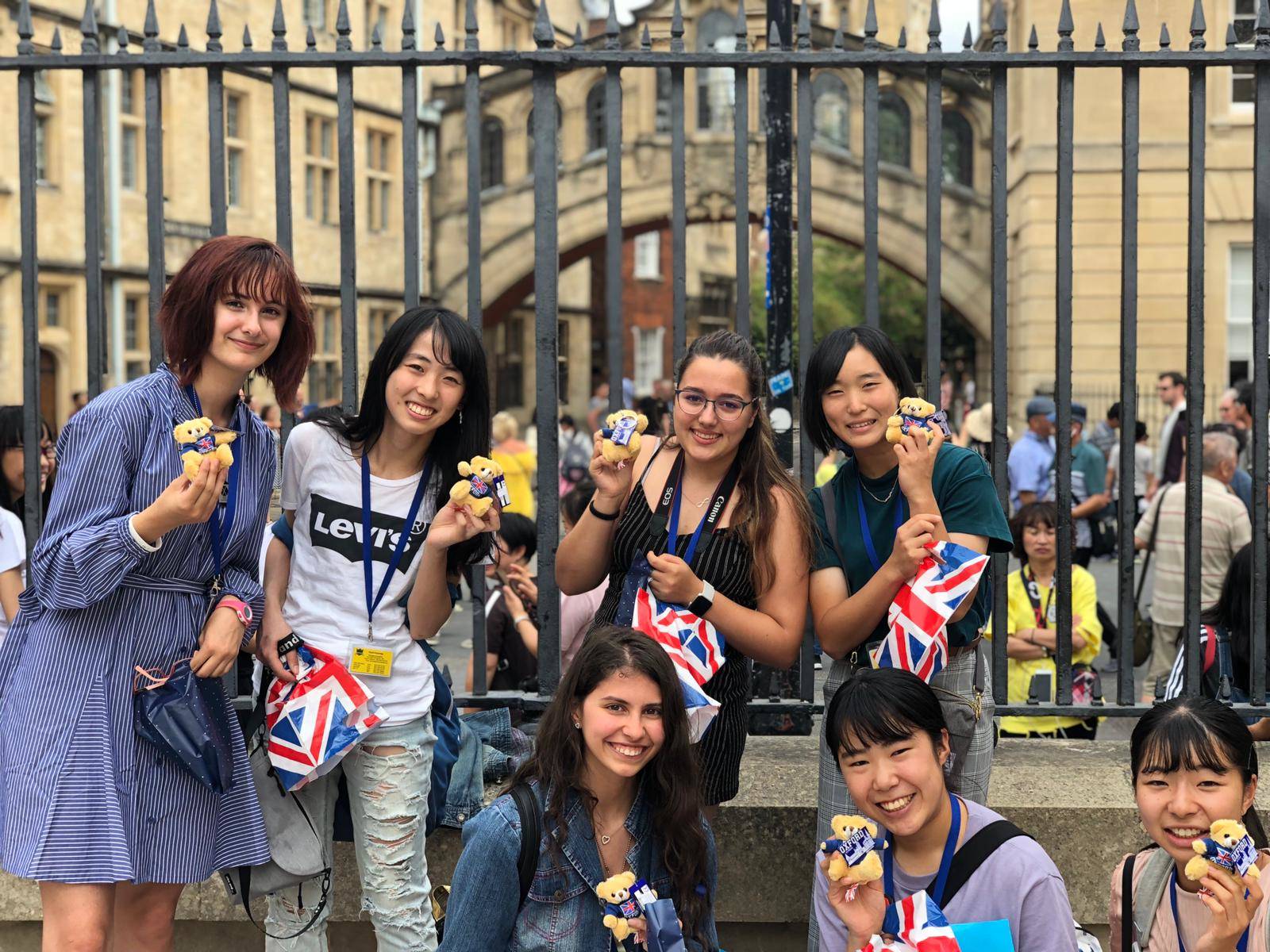 Buying souvenirs (with the Bridge of Sighs in the background)

Despite the beautiful surroundings of Oxford, many students returned saying that they preferred Cambridge – a discerning conclusion!