A Summer of Football: FIFA World Cup and the Reach Cambridge World Cup!

A Summer of Football: FIFA World Cup and the Reach Cambridge World Cup!

Football fans around the globe are getting ready for something very exciting. For the last four years, preparations have been underway for the 20th FIFA World Cup. This years tournament will see the top players from 32 different nations compete for the honour of becoming the 2014 World Cup champions. The tournament, which will commence on June 12th 2014, is fast approaching, and the competition will run into the Reach Cambridge summer school’s July program. We are very excited that our international 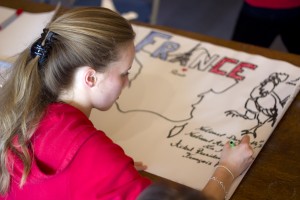 Students preparing for the Reach Cambridge World Fair in 2013

summer program will take place at the same time as this world famous, international sporting event, and no doubt there will be some friendly rivalries between our students as their national teams take to the pitch to play one another! The World Cup is a historic competition, with the first tournament taking place in Uruguay in 1930. In its inaugural year, the World Cup was a much smaller affair, with only thirteen national teams participating! The 1930 tournament was won by the hosts themselves, and perhaps surprisingly in the 18 World Cup tournaments that have taken place since only eight different national teams have triumphed. This years hosts, Brazil, have lifted the cup an impressive five times, and Italy are close behind with an amazing four wins! Of course, we have to mention that England have been champions too, be it just the once, back in 1966. So who will lift the World Cup in 2014? That remains open to speculation. The last World Cup tournament, held in South Africa in 2010, was won by a triumphant Spanish team – could they succeed again in 2014 and make it two World Cups in a row? Only time will tell! But here at Reach Cambridge summer programs we believe that it isn’t winning that matters – rather it should all be about taking part and enjoying yourself! Getting dressed up and watching the World Cup matches whilst cheering for the team that you choose to support can be a great way of having fun and socialising with friends. 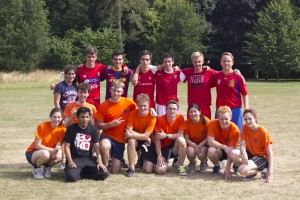 In fact, at Reach Cambridge summer programs we will be holding some very exciting sporting events of our own this July and August! Every year our students and supervisors team up and take part in the Reach Cambridge World Cup! Playing team sport is a fantastic way to meet other students and makes friends. We are lucky enough to have excellent sports facilities on-site which we really make the most of on those sunny summer days. We also hold the annual Reach Cambridge Olympics, where a variety of fun and silly sports and races are on offer. Even those Reach Cambridge summer school students who choose not to take part in the sports themselves have a wonderful time cheering for their fellow students on the pitch and chatting to their friends on the sidelines. Many students bring a picnic along and enjoy their lunch whilst watching the sporting fun and relaxing in the sun! What a great way to unwind after a day of classes! So, be it the FIFA World Cup or the Reach Cambridge World Cup you are looking forward to this summer, it is set to be a summer of sporting fun! Why not join us? Apply today at www.reachcambridge.com