August 1st was the perfect day to go on a trip to London, as it was one of the sunniest, warmest days of the year! In keeping with our Global Leaders week, we started the day by having a look at 10 Downing Street, where the Prime Minister lives. You can’t get very close because of all the security, but it doesn’t matter – incredibly, the original No. 10 Downing Street door is in Downing College!  After seeing where the current Prime Minister lives, we went to the Cabinet War Rooms – a chance to see where one of our most famous prime ministers spent many important hours during an incredibly troubling time for Britain. Winston Churchill, a brilliant example for the Global Leadership course, worked in these secret rooms underground with his government, protected from the Blitz during the Second World War. We saw the room, untouched since the end of the war, where Churchill, his ministers, and the military planned war strategies; another room where he made important speeches to the nation, even Churchill’s bunker bedroom! 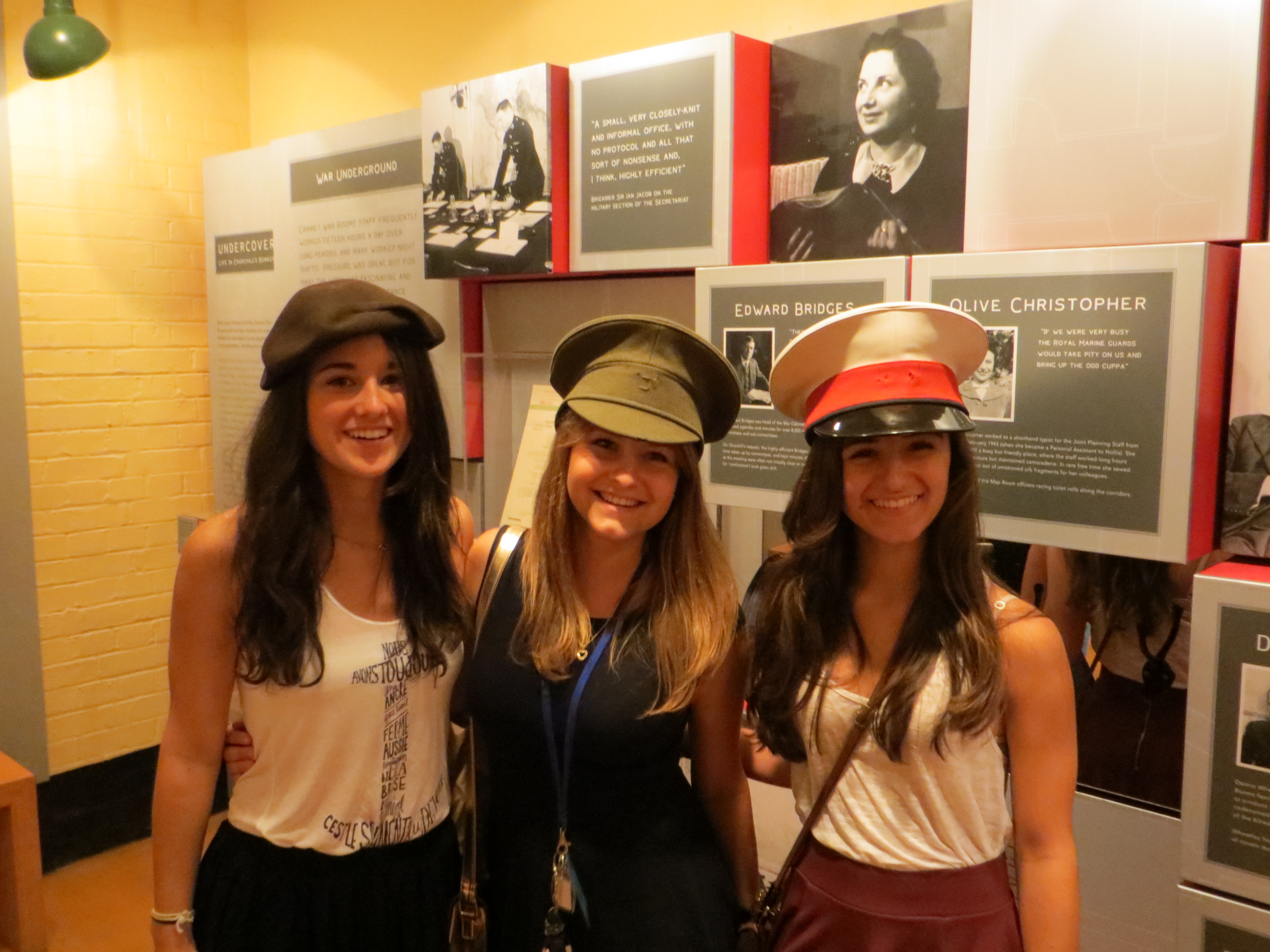 Students trying on military hats in the War Rooms!

After this amazingly evocative visit, we had lunch in St. James’ Park, before heading to the Palace of Westminster, otherwise known as the Houses of Parliament. We got a close up look of one of London’s most iconic buildings, Big Ben. Did you know that Big Ben is 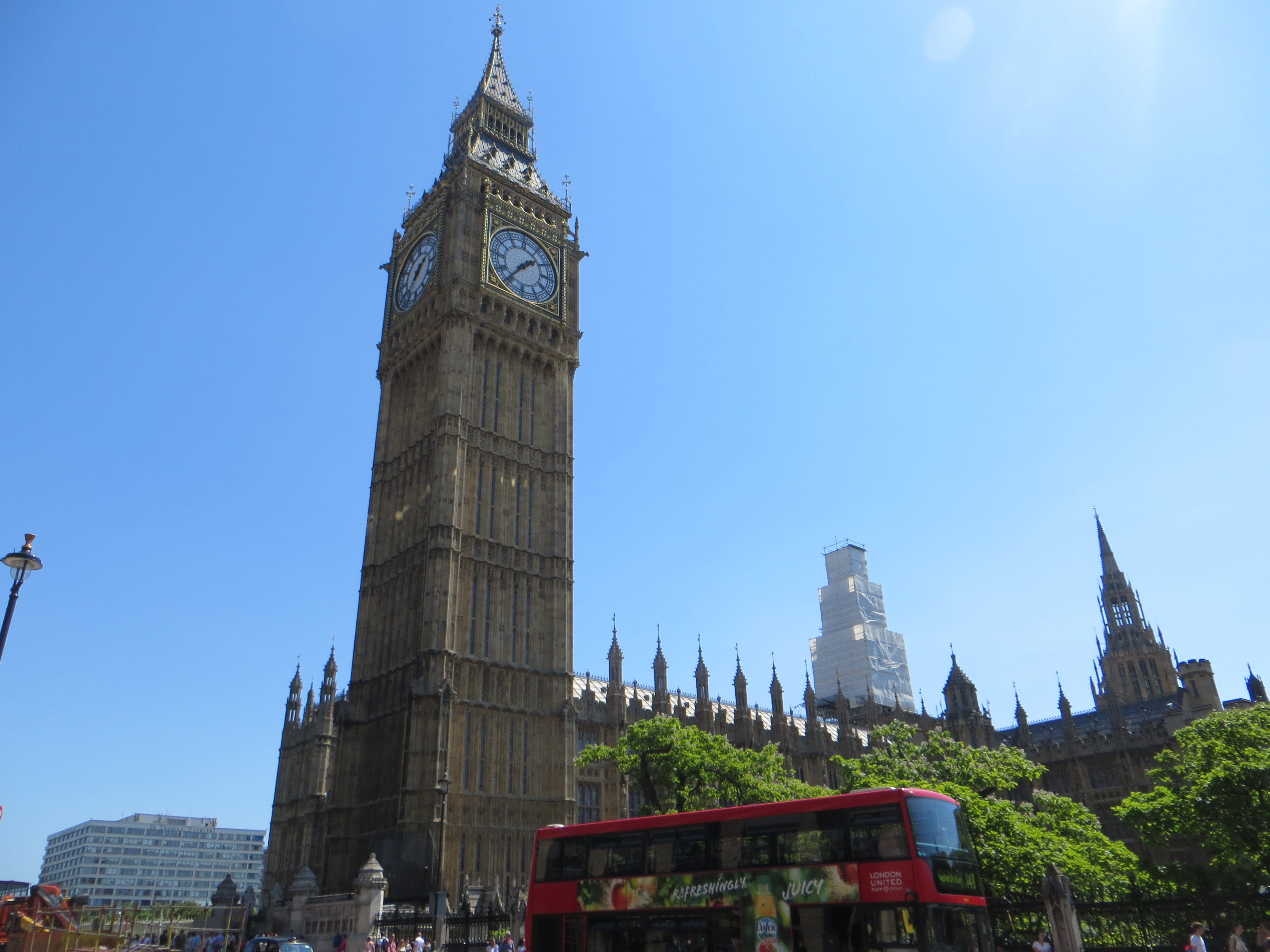 Big Ben (and a red London bus passing by!)

actually the name of the bell inside the clock, which is actually called the Elizabeth Tower? Inside the Houses of Parliament, we saw the House of Lords and the House of Commons, rooms that we associate today with government. But perhaps most fascinating was Westminster Hall, the oldest part of the Palace, dating back to the 11th Century – amongst many other things, this hall has seen banquets, feasts, coronations, housed shops, and served as a court, most famously for the trial of King Charles I! After a fun-filled, politically-packed day, we headed back to Cambridge ready for a good night’s sleep!