The first weekend of Reach Summer School is here and everyone is excited about our trips to Brighton on Saturday, and London on Sunday!  However here’s a little trailer about what Reach is planning around William Shakespeare.  Shakespeare was an English poet and playwright widely regarded as the greatest writer in the English language and the world’s pre-eminent dramatist.  He is often called England’s national poet and the ‘Bard of Avon’. His works, including some collaborations, consist of about 38 plays, 154 sonnets, two long narrative poems and a few other verses, the authorship of some of which is uncertain. His plays have been translated into every major living language and are performed more often than those of any other playwright. A highlight of any trip to Britain is a visit to Shakespeare’s birthplace, Stratford on Avon. 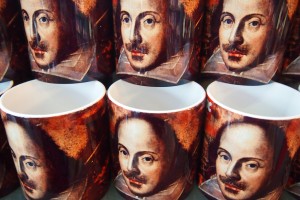 You will have the opportunity to soak up the atmosphere of this lovely old market town in the Midlands of England and find out plenty about its most famous citizen.  Stratford is home also to the Royal Shakespeare Company and we have tickets for one of Shakespeare’s most popular plays, As You Like It, a gentle comedy set in the Forest of Arden, where girls dressed as boys have fun adventures, but then meet boys they really like, which leads to a lot of confusion! Although Stratford is hugely important as his birthplace, Shakespeare wrote and worked mainly in London.  In recent years there was a very exciting project to construct a replica of the main threatre which he used, the Globe, following original notes and sketches.  This is on the South Bank of the river Thames in London and is, as it was in his time, an outdoor theatre.  We will go there to see Macbeth and you will see and feel the difference of the old-style theatre, where the audience for the most part stood and moved around watching the play in daylight, rather than sitting in a darkened theatre.  You will be one of the Groundlings, as they were called, during this unique experience.  Macbeth is a Scottish thane, or lord, who meets Three Witches with prophecies which feed his ambition, driving him to darker and ever more desperate crimes! Which type of play will our students enjoy most:  the high drama and excitement of Macbeth, or the fun and confusion in the forest of Arden and As You Like It?