There are so many reasons to visit Cambridge, and the amazing architecture of Cambridge City and Cambridge University is enough alone – the whole city of Cambridge, United Kingdom is a sight to behold!
Cambridge, England is built around the River Cam, and is home to no less than twenty-five bridges! Indeed, its very name means ‘bridge on the river Cam,’ so it’s fair to say bridges feature heavily in the city’s architecture. Each of these many bridges is unique in structure, appearance and history, with some dating back to the Middle Ages and others built only a few years or months ago. Perhaps the most iconic of them is the Wooden Bridge – that’s its official title. Most everyone knows it as the Mathematical Bridge. 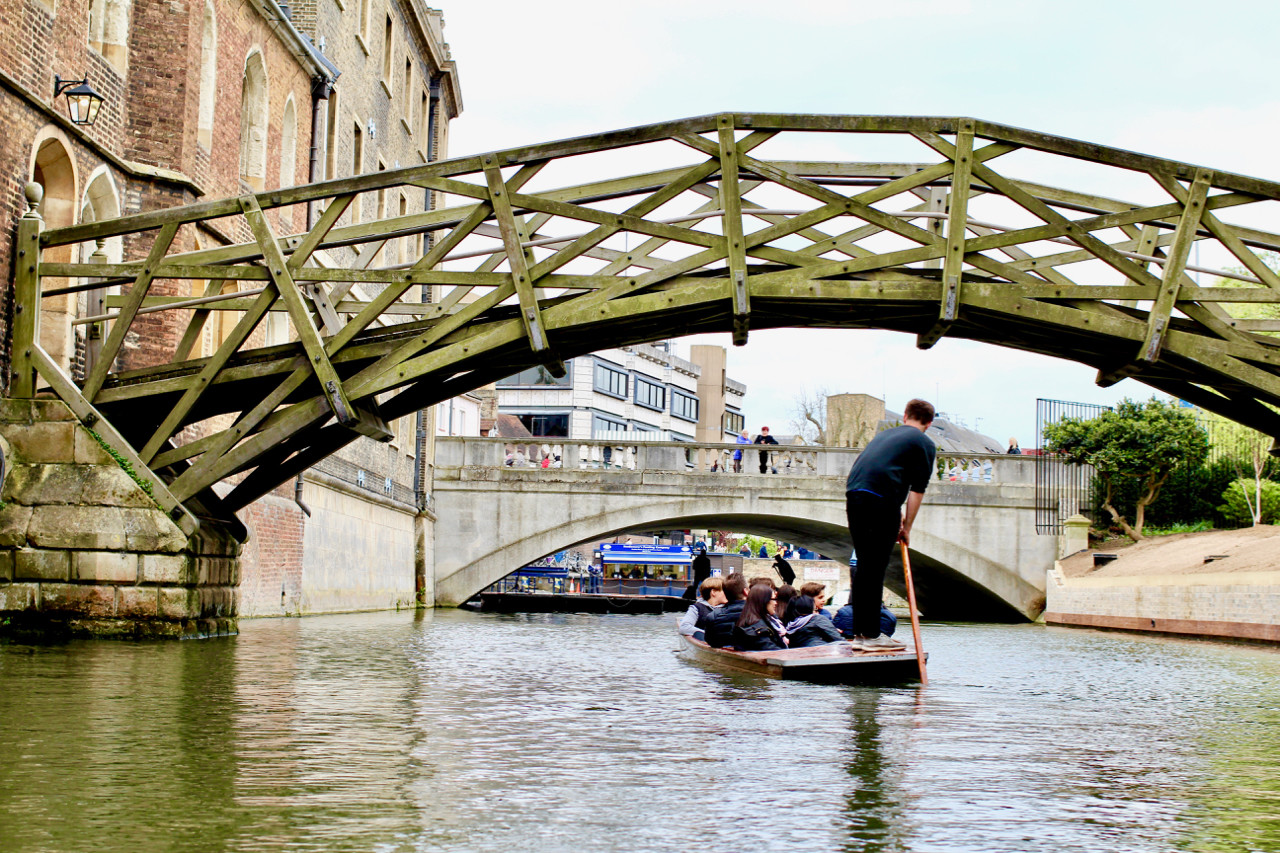 Flickr – subherwal. Image taken level with the River Cam, looking up at the trusses of the bridge.

The original Mathematical Bridge was constructed in 1749. It is made up of straight timbers but appears to be an arch. This is due to its sophisticated design, worthy of an excellent engineer. Contrary to myths surrounding the Mathematical Bridge, it was not designed by Sir Isaac Newton, for several reasons. Firstly, when he was a Cambridge student, he was a member of Trinity College, yet the Wooden Bridge connects two sides of Queens’ College. Arguably more importantly, though, Newton died some 22 years before the bridge was built! We know Newton was clever, but not that clever. (The man who actually designed the bridge was an English civil engineer and architect called William Etheridge, if you’re interested!)

Mathematical Myth #2: The bridge was designed without bolts

The original 1749 bridge was made entirely of wood. It has been rebuilt twice since then, the latest time in 1905. There is a misunderstanding amongst some that the bridge was designed without bolts, being held up only by clever angles and a favourable relationship with gravity. Some punt guide* embellishments have even led people to believe that some students disassembled the bridge one night in the cover of darkness, removing the bolts, and then tried to reassemble it without, but couldn’t work out how! Alas, the original structure did have bolts, though they were hidden, and have since been brought more into view in the subsequent reconstructions.
*(Punting tours are a staple of Cambridge tourism… they’re loads of fun but the information they offer on these tours isn’t always 100% reliable..! Mainly because they tell you fun myths and legends about your Cambridge visit, which are still worth knowing – just don’t quote them in an exam!)

So why is it called the ‘Mathematical’ Bridge?

Its strange name was given thanks to its clever structure (called trussing), which was conserved in both restorations. If you are at all interested in structural engineering you may enjoy trying to analyse tension and compression in particular members of the Mathematical Bridge. If you do so, you will notice that both tangent and radial elements express the construction forces very elegantly.

Can you show that all tangential members are almost entirely under compression? Or how much stress are the radial timbers experiencing? 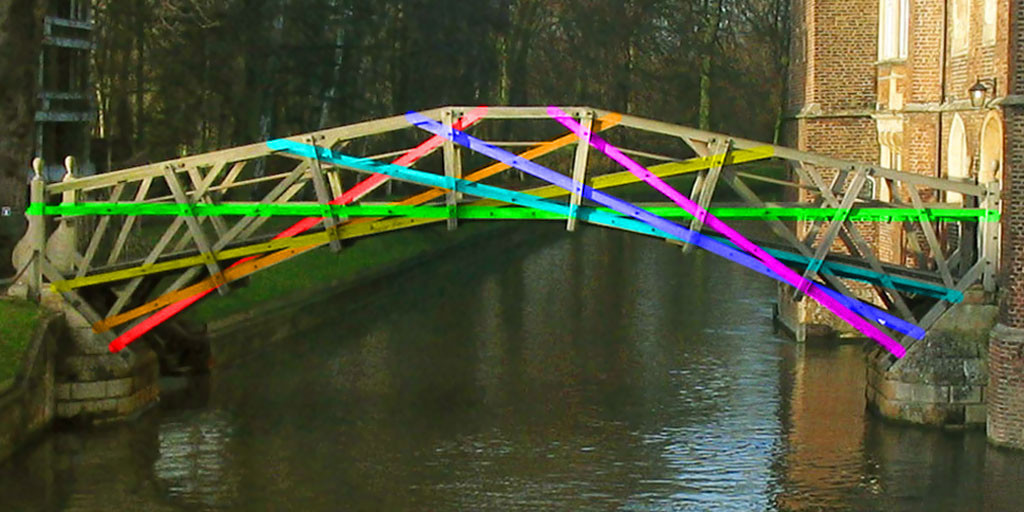 If that sort of analysis grabs your attention and makes you thirsty for more, check out our Maths summer program.

Mathematics is available in Programs 1, 2 & 3. Find out more at www.reachcambridge.com/courses.
Apply now and save £250 with our FROZEN discount, for a limited time only!
#ReachCambridge2020

If you’re at all interested in physics, take this course! I’ve learned so much from these amazing teachers, and the topics were engaging, interesting and thought-provoking.