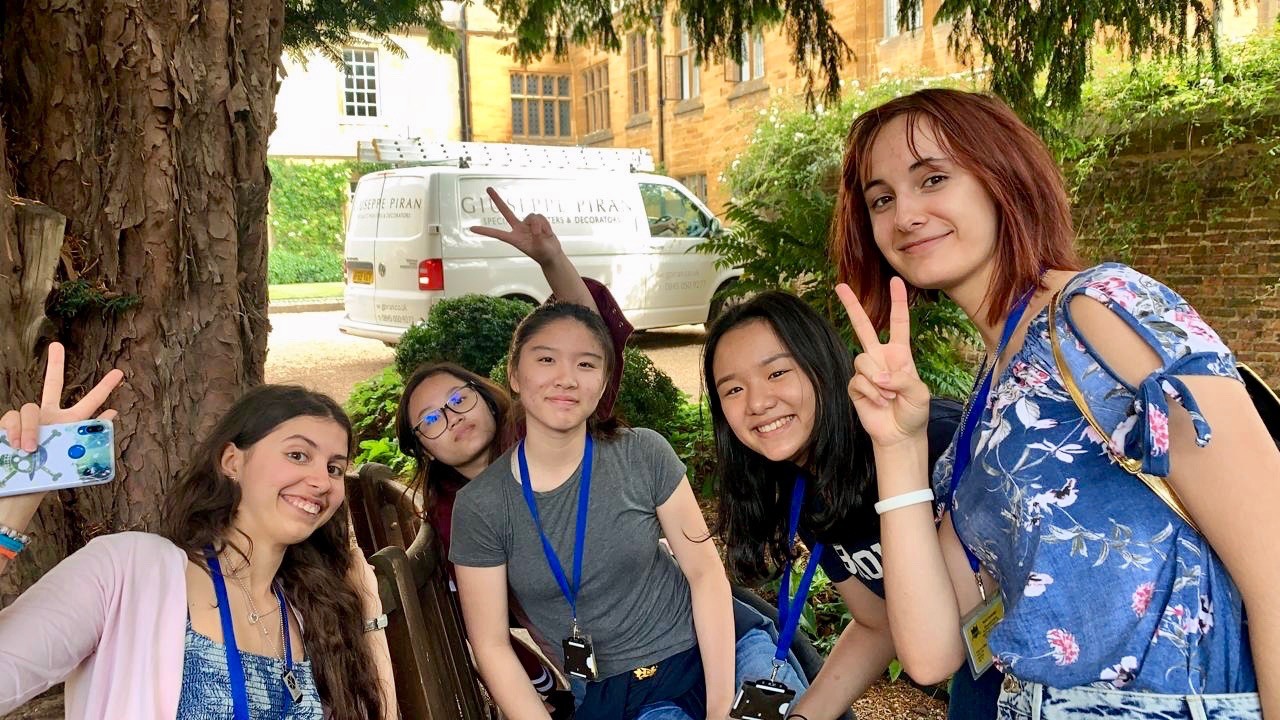 On the hunt for treasure

Today we returned to our regular routine of morning lessons having had a treat of a lie-in yesterday. As per usual, the students had a wonderful time learning new things in class and were teeming with enthusiasm about their new knowledge. The students then dispersed after class for lunch and a chance to explore the city with which they are now very familiar. The afternoon activities today were a Treasure Hunt and sports. The students with energy to spare headed outside for an array of sports including football, basketball and even tried their hand at the British sport of Rugby. Those who opted for the Treasure Hunt took on a challenge of difficult riddles which lead them to different locations in Trinity Hall college. The prevailing winners were a mix of Team Fire and Ice students… which resulted in a heated debate of how many points were to be awarded to the highly competitive Ice-Fire race! 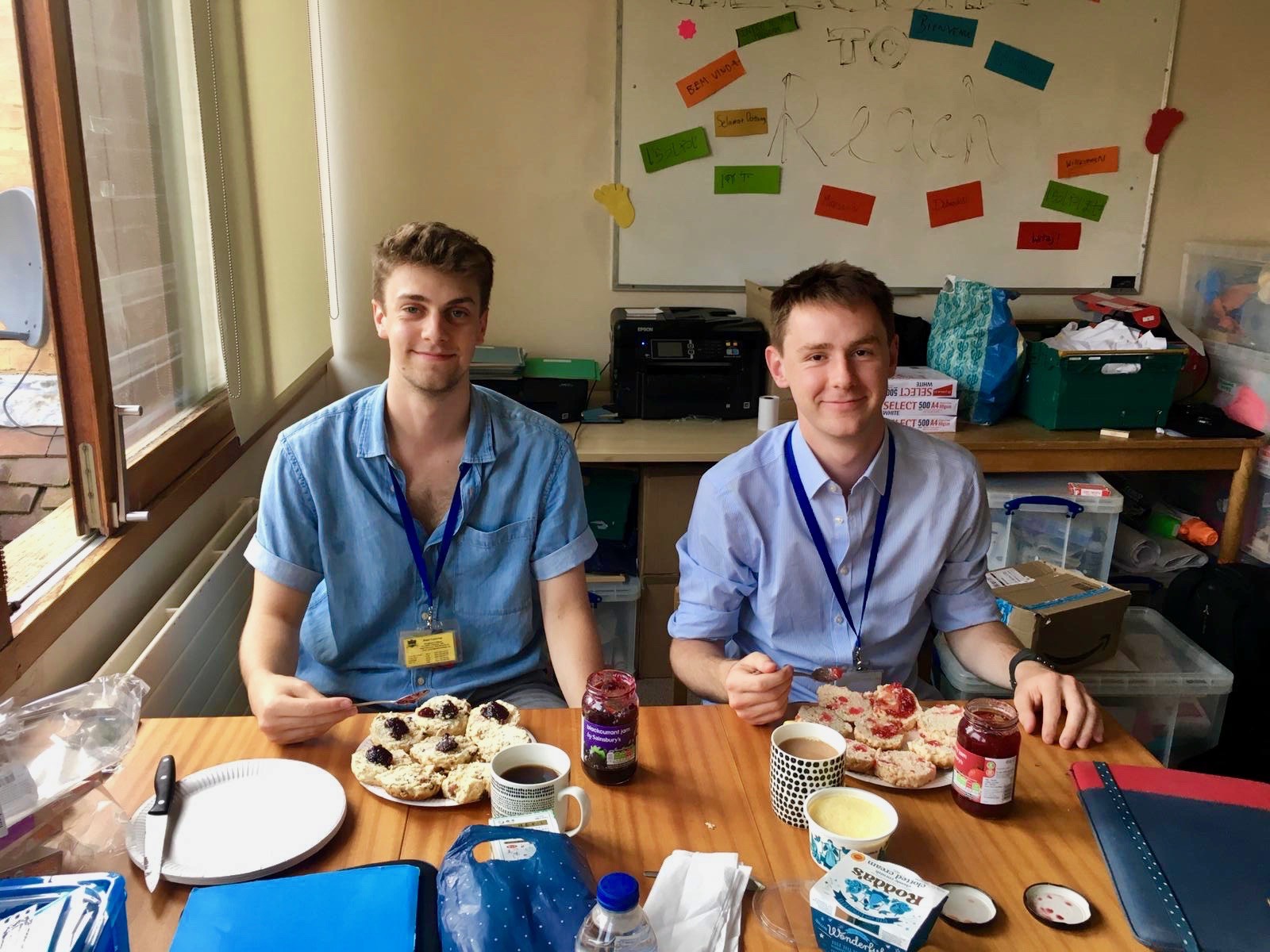 Matt and Simon preparing scones for the UK presentation

Despite the plethora of fun activities and fascinating lessons the students had throughout the day, the crème de la crème of the day, and – dare I say it – even the whole programme, was the World Fair. We had students from all over the globe perform presentations about their countries and cultures. To begin we had our two supervisors, Matt and Simon, present on our dear old England. They took us through the alphabet on a whistle stop tour of England which captured the hearts of our students, and the scones captured their taste buds! Supervisor Issy was next up on stage to share her love for Ghana. She briefed us on numerous parts of their colourful and vibrant culture including the fashion, food, music, and their traditional ceremonies. Following this was an informative presentation on Ireland. The students gave us a snippet of what their country has to offer, featuring Irish dancing and unique sports. 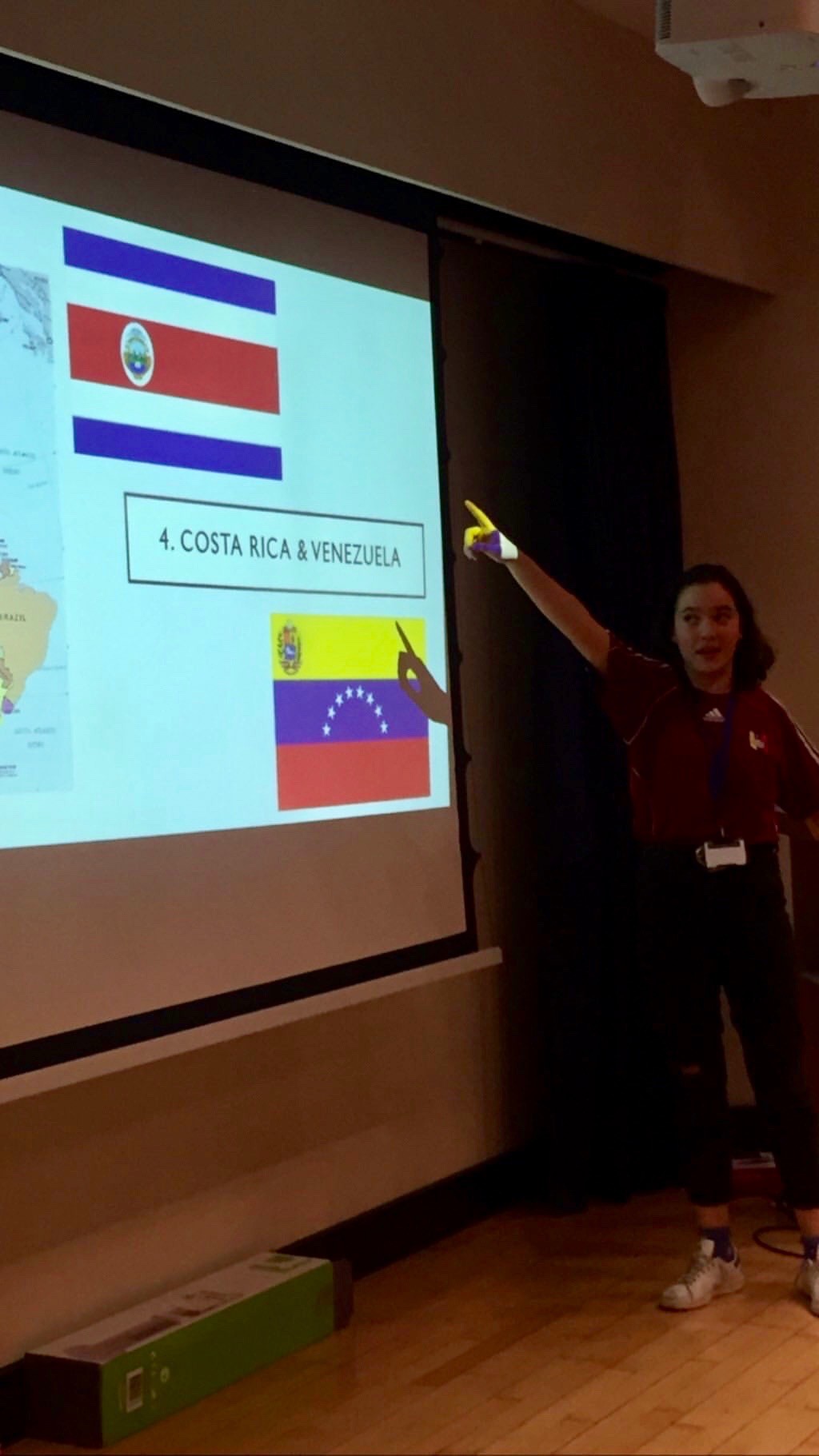 Sofia in action at the World Fair

However, I don’t think any member of the audience would disagree that the presentation on Costa Rica and Venezuela was the highlight of the evening. Presented by the incredibly eloquent and mature Sofia, she contrasted the natural beauty and lush rainforests of Costa Rica with the unrest and corruption which is currently happening, unbeknownst to much of the audience, in Venezuela. She moved the audience in such an insightful, passionate and advanced way. I am certain her words will not be forgotten. The penultimate group of students were a Lebanese contingent, who showed much enthusiasm and delight in sharing their country with us. They spoke, sang and danced through their presentation which was well received by the audience. Last but by no means least was a presentation on Indonesia by a few members of the Binabangsa school. Their presentation was well structured, and it was evident that a lot of time, thought and effort had been put into it. They even made a pop quiz with questions on Indonesia and the prizes were noodles! Overall, today has been an excellent day, with the World Fair as an excellent way to end. The students were all so engrossed and truly fascinated by the presentations from their peers from other countries and this was reflected in the uproar of applause which followed every presentation. Written by Claudia

APPLY BEFORE 29TH FEBRUARY TO SAVE £250 ON ALL SUMMER PROGRAMS