Where Are They Now?: ‘Reach Cambridge was the perfect place to be’

Where Are They Now?: 'Reach Cambridge was the perfect place to be'

Continuing our ‘Where are Reach Cambridge alumni now’ series, we hear from Tim, now a student of Philosophy and Economics at the University of Manchester, one of the UK’s top universities. 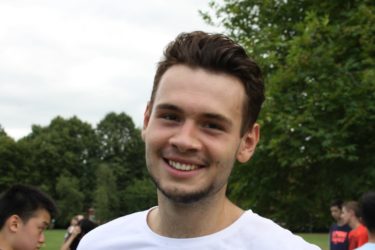 I joined Reach Cambridge on full scholarship as a student of a German Gymnasium in the summer of 2016, and it was truly one of the most formative and enjoyable experiences of my life. There are numerous palpable decisions of mine that have been directly inspired by Reach, such as my choice to study at a British university. Even the camaraderie of Reach Cambridge continues to reverberate through my dealings with people in both my academic and daily life.

I realize in retrospect that it was right after my Reach Cambridge summer, when I went to study abroad in Massachusetts as a senior high-school student, that I first greatly profited from my Reach experience. Coming into a foreign environment, making new friends and adapting into a slightly different academic life came easily to me now that I had the confidence that I had gained at Reach. I still remember the plentiful occasions at Reach at which I engaged with my classmates while organizing a lunch or a picnic after classes, or the endless conversations we enjoyed before curfew. This is the aspect of Reach Cambridge that makes it so special – that it’s a sort of playing field for students from all around the world to learn not only about their subject but also about each other via face-to-face interactions while enjoying a supportive and safe environment.

Two years ago I studied Politics and International Relations at Reach, and I still remember how a discussion about the philosopher Hegel with one of the professors opened my mind to the possibility of studying philosophy at university. Today I am reading philosophy and economics at the University of Manchester tackling, among others, Hegel! The decision itself to study in the UK was influenced by the academics at Reach Cambridge, where I was taught in seminar-like classes consisting of a small group of students (my class at Reach had only 6 students!) – very much like the seminars I attend now at Manchester.

Thankfully some of my best friends from Reach Cambridge made the same decision to study in the UK and so I get to see friends that I like so much from Singapore, Denmark and Sweden on a regular basis. I think I speak for more than myself when I say that, for me, as an ambitious high-school student with a ton of questions to answer before university, Reach Cambridge was the perfect place to be. 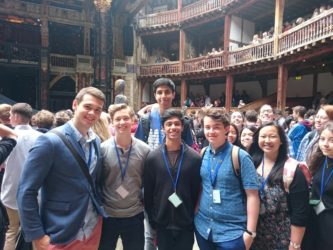 Want more ‘Where Are They Now’ stories? Read more from Alvaro and Beatriz!