Reach students enjoyed a good lie-in this morning after an exciting and packed weekend in London. By the time the sun had reached it’s highest point in the sky, students were up,  energetic and enthusiastic for their afternoon lessons! One class constructed a bridge out of newspapers and tested its ability to withstand weight. Another conducted experiments using circuit boards. A very productive day for our students! 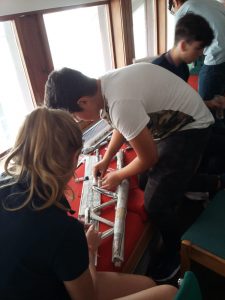 However, two groups had a somewhat shorter lie-in. The university advance add-on group instead spent a day looking around top universities King’s College London and UCL. This trip provided them with a real sense of what university life in London might feel like. The second group instead enjoyed a peaceful guided river tour on the River Cam. The morning was splendid, as the weather finally started to cool down in Cambridge, and students were given some free time after lessons to go and explore town before dinner in the evening. 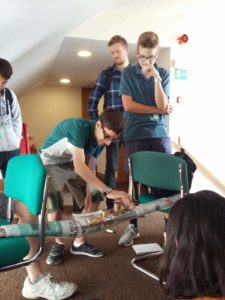 After a fascinating lecture on the impact of critical incidents on the practice of medicine in the UK and some important notices, we then turned to the main event of the evening: The World Fair. Here the students of Reach were given an opportunity to showcase food and other aspects of their home country’s culture, and also to  give small presentations. Some students also created small quizzes for the audience and showcased some music from their countries. The event culminated with the Turkish group of students involving others in a traditional Turkish dance. Students were then given some free time in the evening before bedtime. Written by Omar, Supervisor