Fancy yourself a budding author? A clandestine poet? A scriptwriter, lyricist, or even a rapper?

Whether you’re set out to change the world with your prose, or whether you simply love the feeling of tinkering around with words, the Creative Writing Add-On is the perfect way to further your passion. This extracurricular course is ideal for anyone who has always fancied themselves as a writer but has, until now, not been given the opportunity or has not had the courage to ‘give it a go’. It will introduce you to the various types of creative writing, and you will get the chance to critically study other works as well as writing your own.

Do I have to choose English Literature & Performing Arts to be eligible for this Add-On?

Not at all! Whilst we find that a lot of the students who add on Creative Writing have opted to study English Literature during their time at Reach, there are also students taking related Humanities subjects, such as Politics or Law… and even some scientifically-minded students too! In short: everyone who wants to, can. It may be you want to take the opportunity to sample Chemistry at university-level, but still love the short stories you pen in your free time… At Reach, you can do both! Balancing the timetable is also a key part of what we do, so your primary studies will not clash or suffer. It’s the perfect way to learn some new techniques and expand your literary horizons in a way that will only complement your chosen subject pathway, whatever that might be. 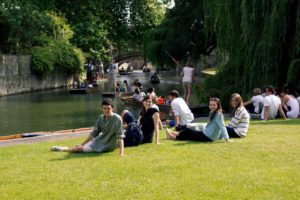 Why should I choose to take the Creative Writing Add-On during my time at Cambridge?

Cambridge is a magnificently inspiring environment… For further details, please see the slideshow below: The university city also has a rich literary history, being featured in many works of fiction; such as William Wordsworth’s poem Residence at Cambridge (1850), The Longest Journey by E. M. Forster (1907), Ian McEwan’s famous novel Atonement (2001), and The Sense of an Ending by Julian Barnes (2011 – which was recently made into a feature film).  In addition to this, many of the world’s most renowned writers are affiliated with the university: And that’s just a selection!  Clearly, Cambridge is the place to come if you want to be encouraged and inspired to let your imagination take flight.  There’s nothing quite like walking along cobbled streets where so many literary legends have trodden before to set your creative juices flowing! Plus, everybody can take a photograph, stick a filter on it and post to Instagram… How many people will have the skills to write a creative response to their time at Reach Cambridge? 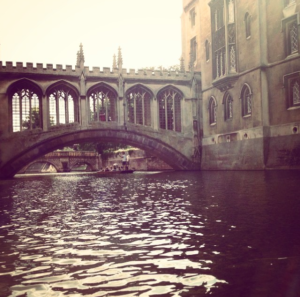 Obviously Cambridge does look amazing on Instagram too… @reachcambridge

I’m still not convinced. Please could you write me a haiku to persuade me?

Creativity’s Imagination having fun – Learn to write at Reach!

We want YOU to get creative!