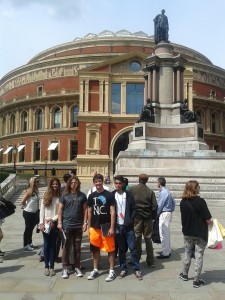 The students at Reach Cambridge are lucky enough to be able to strike a balance between intellectual and personal development. As an international summer school one of the other advantages is being able to introduce the students to the wide range of opportunities that England has to offer. Thus one of the additions to the fun-filled but intense Reach Cambridge summer program is the University Advance course which allows students to visit other British universities in order to learn more about them and the application process. On Wednesday 2nd July, two groups were able to leave Cambridge to sample some more of the academic excellence that England has to offer. The first group travelled to Oxford to visit the lovely Worcester College, whilst the second group made their way to London to visit University College London (UCL) and Imperial College London. 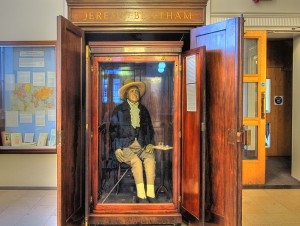 The weather was on our side that morning (as we hope it will be for the rest of the program); enabling us to take a peaceful stroll to the station and catch our train to King’s Cross London. From here we rode in a taxi to our first destination UCL.  Priding itself on being the third oldest university in England, UCL offers a very different illustration of the university set up, operating through a campus rather than collegiate system like Oxford and Cambridge. In fact the comment repeated most often was just how modern the campus was in comparison to the Cambridge colleges they currently stay in. The difference in the courses offered as well as the course content was something the students commented on also. However, it was the cabinet containing British philosopher Jeremy Bentham’s preserved skeleton, dressed in his own clothes, and surmounted by a wax head that was the subject of much interest to many of the students and much confusion to others. Continuing on to Knightsbridge and the campus of Imperial College London served to be a great ending to the day. The campus is situated in a popular and historic area, close to which is the Royal Albert Hall where the students learned that if they were to attend Imperial College they would be able to get many discounts on shows. This is not to say that coming to Cambridge does not have perks of its own but it was great to hear the feedback from the students  that they enjoyed seeing the contrast between the universities and that it had made them think more in depth about the range of courses and universities that are available not only in England but worldwide. It was even more rewarding to see them inspired by the opportunities available to them in addition to some of them being awed simply at visiting London for the first time. There will be many more trips to London and much more to learn about London universities over the course of the Reach Cambridge summer school and I know that the students are very much looking forward to it.