When you think of sporting events happening in 2014, one thing springs to mind: The World Cup of course! But as football frenzy has swept the world, England is quietly preparing for a sporting event of its own – the annual Wimbledon tennis championships, to be held in London between 23rd June and 6th July 2014. Wimbledon, the oldest tennis tournament in the world, sees the top tennis players from around the globe pit their wits against one another on the court each year, all fighting for the coveted title of Wimbledon champion. During our July 2013 program, Reach Cambridge summer school staff were very excited that a British player, Andy Murray, reached the men’s Wimbledon final. Murray, who hails from Scotland, had the previous year won the men’s singles competition at the London 2012 Olympics, beating long time rival Roger Federer to the title, so hopes were high for another victory. The atmosphere across Britain was one of nervous excitement as Murray had battled his way through the tournament successfully and the final commenced on 7th July 2013. Murray’s competition was Novak Djokovic, a Serbian player who, having won six Grand Slams, was a formidable opponent. The nation (many of whom were eating their strawberries and cream – the food traditionally associated with sunny days at Wimbledon!) watched with bated breath as the match was played, and celebrations swept Britain as Murray beat his opponent in straight sets! The last British male to win Wimbledon was Fred Perry, a whopping 77 years ago, so it really was an exciting and historic moment for the tournament’s hosts. This summer, amongst all the excitement of the world cup, tennis fans are looking forward to what is set to be another fantastic Wimbledon. Can Britain’s Andy Murray lift the trophy for a second year running? Only time will tell. In the meantime, students at Reach Cambridge summer programs will have the opportunity to take to the courts themselves for some friendly games of tennis with their fellow students. 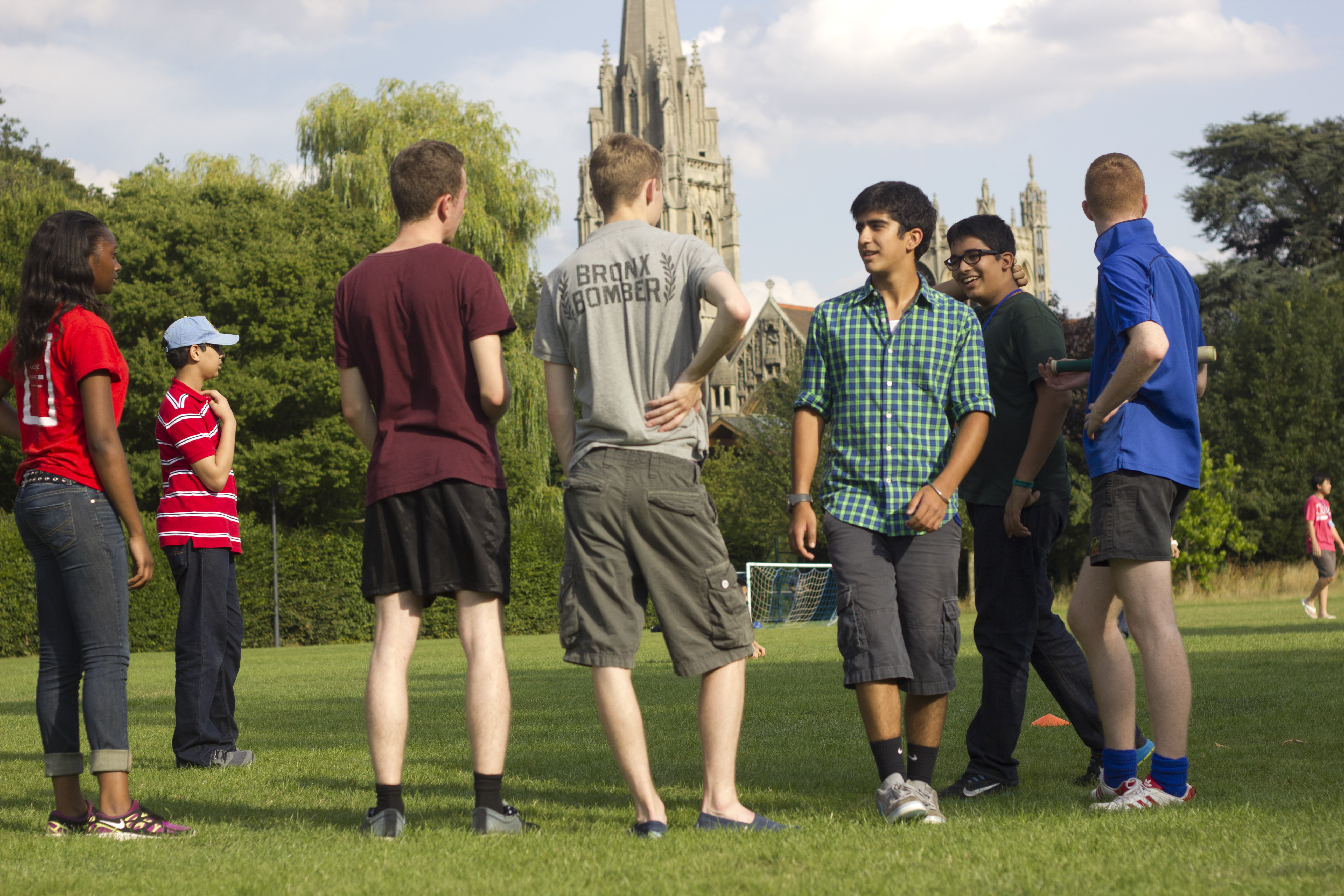 Reach students come from all around the globe

Just like the players at Wimbledon, the Reach Cambridge summer school students come from all over the world, so if you ask me it is just as exciting to be having a fun and friendly match with new friends at Reach as it is to be over at Wimbledon watching the professionals! And who knows, with a little practice perhaps one of our students could be challenging the likes of Andy Murray and Novak Djokovic to the Wimbledon championship in a few years time!