Today was a big day, full of loads of fun activities and some bonding between students and staff, in the run up to departure day. It’s hard to believe we’re nearing the end of Program 1! 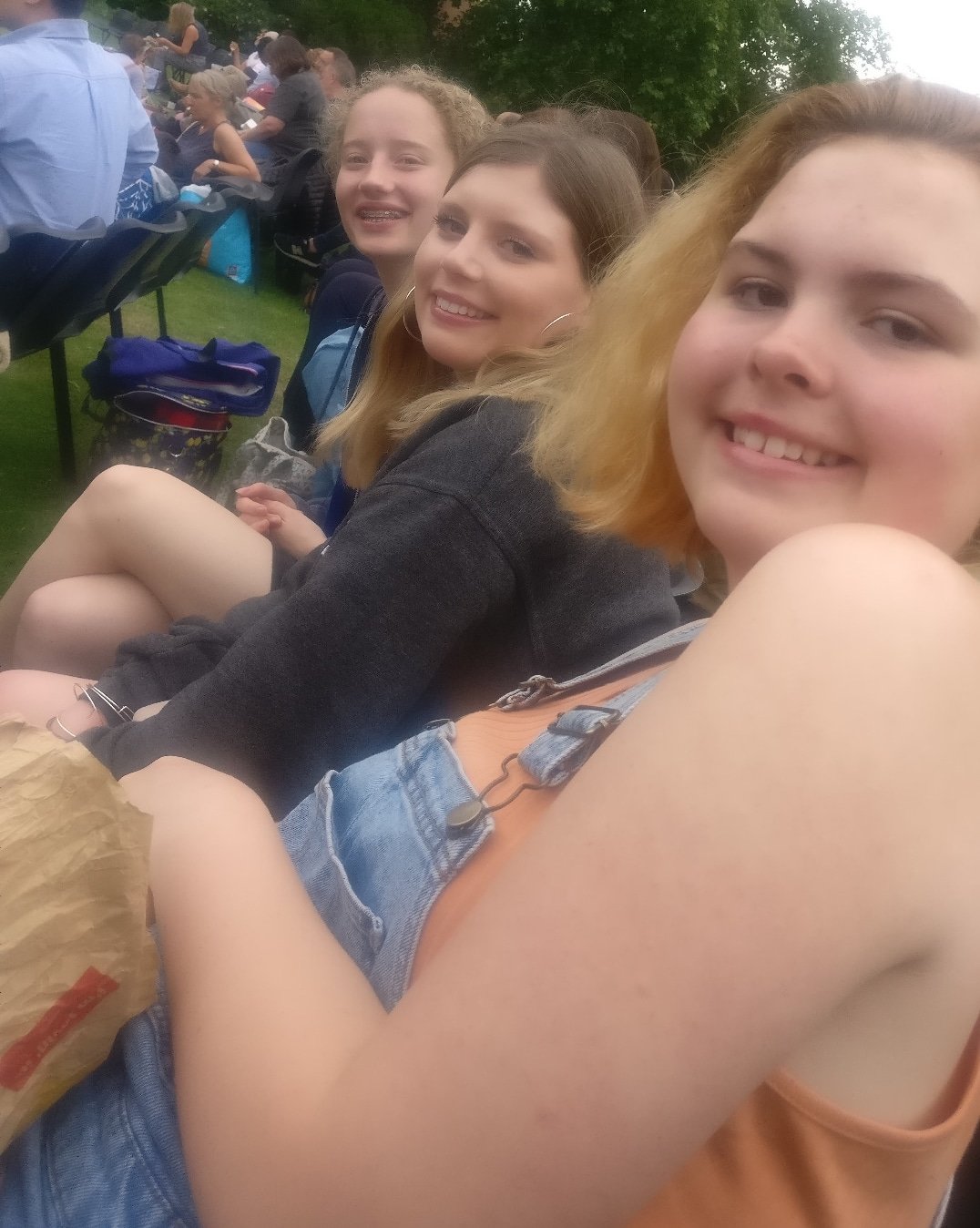 Yesterday, students Maggie, Emma and Katherine decided to witness some thespian talent in King’s College Fellows Garden. The Cambridge Shakespeare Festival, a yearly treat gracing several Cambridge University colleges during summer, gave an inspiring and humorous performance of Hamlet that had everyone enraptured.
In the morning, class was carried out per usual, followed by afternoon sports. The usual football and Rounders were present, with the addition of a short cheerleading session run by one of our very own supervisors, which was fun for all involved.
Later in the evening, most of the corridor supervisors took their students out for dinner, whilst the TCS Students at Downing College met up earlier for a hearty meal at Sushi Mania. Corridor dinner offered one final opportunity for students (and supervisors) to bond before many of them jet back across the world on Saturday. But the evening is when the festivities really began! It was the Talent Show today and we had some great performances: from Audrey’s piano rendition, to an amazing dance performance given by Marta, Luiza and Daniela. At the end they even introduced some crowd participation through a limbo line!
Of course, the long battle between Teams Fire and Ice ended in flames of glory, with Team Fire winning by a whopping 24 points – (266:290). After a slow beginning, the victory was much celebrated since Fire managed to fight its way to the top as the week went on. Well done to everyone who participated and won points for their team!

To wrap up a lovely evening of fun and celebration, some board games and the team game ‘Mafia’ were enjoyed in Trinity Hall, where students and supervisors alike basked in the remnants of the warm weather.