This morning, the Biotechnology class visited a company in Royston which specialises in making bioreactors (vats in which antibodies/ drugs are cultured) as well as some of the smaller versions used for drug/antibody research. All involved said it was very interesting and informative! After classes were done for the day, students had the choice of attending either an interview preparation shop at Trinity Hall, led by supervisors Zach and Abbie, or sports on Downing paddock. 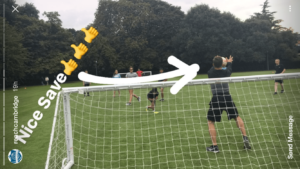 After dinner, students attended a lecture on ‘creativity’ at Trinity Hall, which discussed what it means to be creative, where you can get inspiration from, whether creative skills can be ‘acquired’ and how to take inspiration from others. This was followed by the infamous ‘charity auction’, where students and supervisors alike could offer and bid for various activities in order to raise money for REACH’s charity, Sabre, which works in southern Ghana to improve the futures of poor and marginalised children. 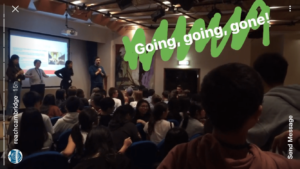 Tours of various Cambridge colleges, a ‘full Nandos experience’ and ‘classical punting’ were just some of the things auctioned and bid for and in total, we managed to raise £1,009! Students will be fulfilling their auction agreements before the end of the programme. A very successful day!